Play-Doh's "World of Imagination" campaign is back for Season 2, in conjunction with its 60th anniversary celebrations this September. Check out new Play-Doh Creations by pre-schoolers in Singapore, and help to vote for the best works of art! TWO Play-Doh Creations with the most likes will win S$500 worth of Book Vouchers for the purchase of educational materials!

SEASON 2 of Play-Doh World of Imagination - "City in 60 Years" is here!

If you've had fun voting for your favourite Play-Doh Garden and Play-Doh Bakery creation last July, stay tuned to our next phase this September! Once again, parents and friends are invited once again to vote in Phase 2's theme, "City in 60 Years"! Participating preschools in this theme will be challenged to envision what they'd like their city to be like in 60 years. They would then create their ideal city using the Play-Doh modeling compound. What would they come up with? Stay tuned for more updates.

YOU can support your favourite Play-Doh Creations and help them to Win! Voting starts from late September to 14 October 2016 and voters can vote once per day and return the next day to vote again. Top two schools win S$500 worth of Book Vouchers each!

HELP your child's preschool, or your favourite Play-Doh Creation, to WIN! Phase 2 voting begins from 23 September (*updated) at www.kidsworld.com.sg/voteplaydohcity

Once again, What is Play-Doh World of Imagination?

Play-Doh World Of Imagination is an enriching and educational inter-preschool contest, brought to you by Kids World, in collaboration with Play-Doh modeling compound.

Facilitated by arts teachers from Abrakadoodle Art Studio for Kids, Play-Doh workshops will be conducted at 20 participating pre-school centres around Singapore in the months of June and September. The kids of each school will put together a Play-Doh creation according to one of these themes: Play-Doh Bakery, Play-Doh Garden (Phase 1), and Play-Doh City in 60 Years! (Phase 2).

During phase 1 over June-July, 11 schools have completed their Play-Doh Workshops successfully. This September, another 9 schools will take part, and updates will be posted on the Kids World Facebook Page. At the end of the workshop, each of the 9 schools' final Play-Doh creation consisting of a 3D Play-Doh Collage by all the students of the school, will be entered into a Season 2 voting contest and opened to the public for voting.

It is with these creative workshops that Play-Doh promotes learning and development through hands-on playing. The 5 key learning benefits of Play-Doh include:

HELP your child's preschool, or your favourite Play-Doh Creation, to WIN! Phase 2 voting begins from 23 September (*updated) at www.kidsworld.com.sg/voteplaydohcity

Congratulations to the winners of the Play-Doh World of Imagination - City in 60 Years (Phase 2) voting contest! The top TWO winners have been presented with their prizes of a S$500 book voucher each, proudly awarded by Hasbro Singapore, and the awards goes to MapleBear @ Horsecity and agape Little Uni @ Commonwealth for getting the top votes each!

Congratulations to the winners of the Play-Doh World of Imagination (Phase 1) voting contest! The theme winners were presented with their prizes of a S$500 book voucher each, proudly awarded by Hasbro Singapore.

Congratulations to Nobleland Arts N Learning Place @ Waterway for getting the top vote for your Play-Doh theme of "Play-Doh Garden"! 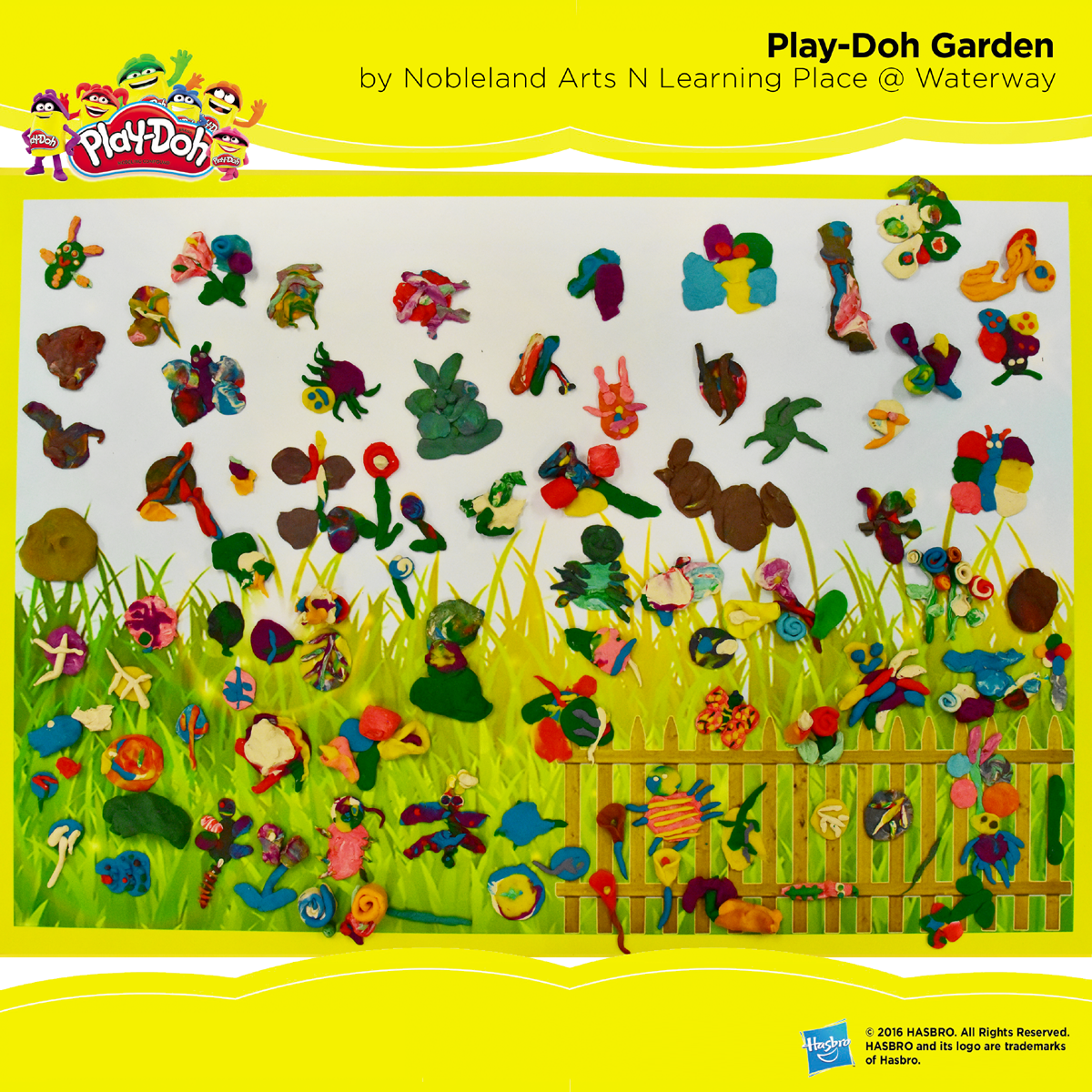 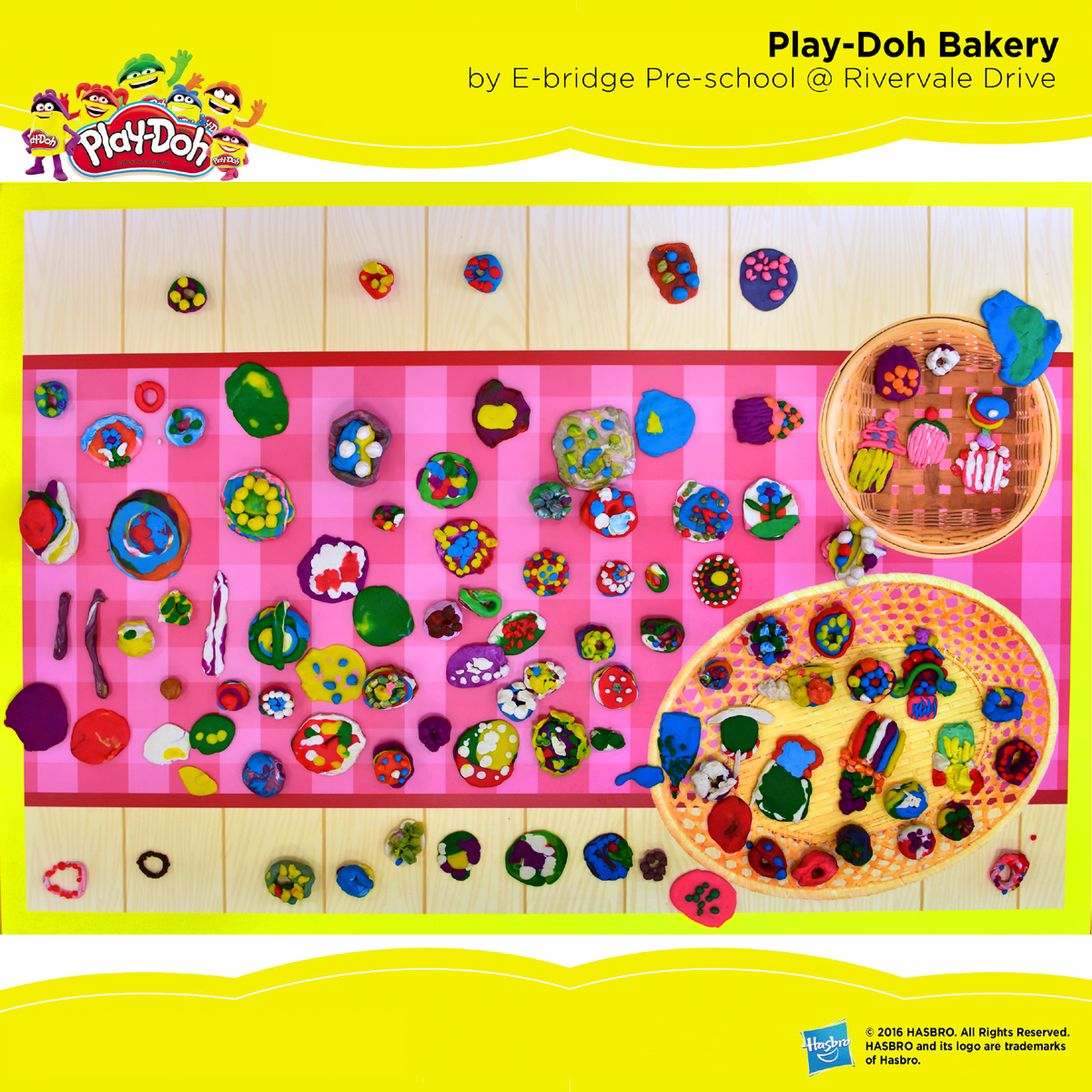 To all other participating Preschools, parents and voters, a big thank you too for your participation and efforts. It was a tough fight indeed!

Share your thoughts! If you have a similar story to share, tell us! We’d love to hear from you. Or you may also request an article on topics you’d like to read about.